The U16 Jackson Legion baseball team, made up of all KML baseball players, won the Region 3 double elimination tournament to qualify for the State Tournament in Manitowoc. The tournament ran through the weekend and Jackson had wins against Oconomowoc, Watertown, and Slinger. The Championship game was a 6-1 win over Lomira on Monday night. Jack Rechlicz threw a complete game one-hitter, and also had 3 hits in the Championship game.

The State Tournament is a double elimination tournament and will be held at Manitowoc Municipal Field from July 19th to July 23rd. On Friday, July 19th, Jackson will play their first game at 4:00 against Genoa City. 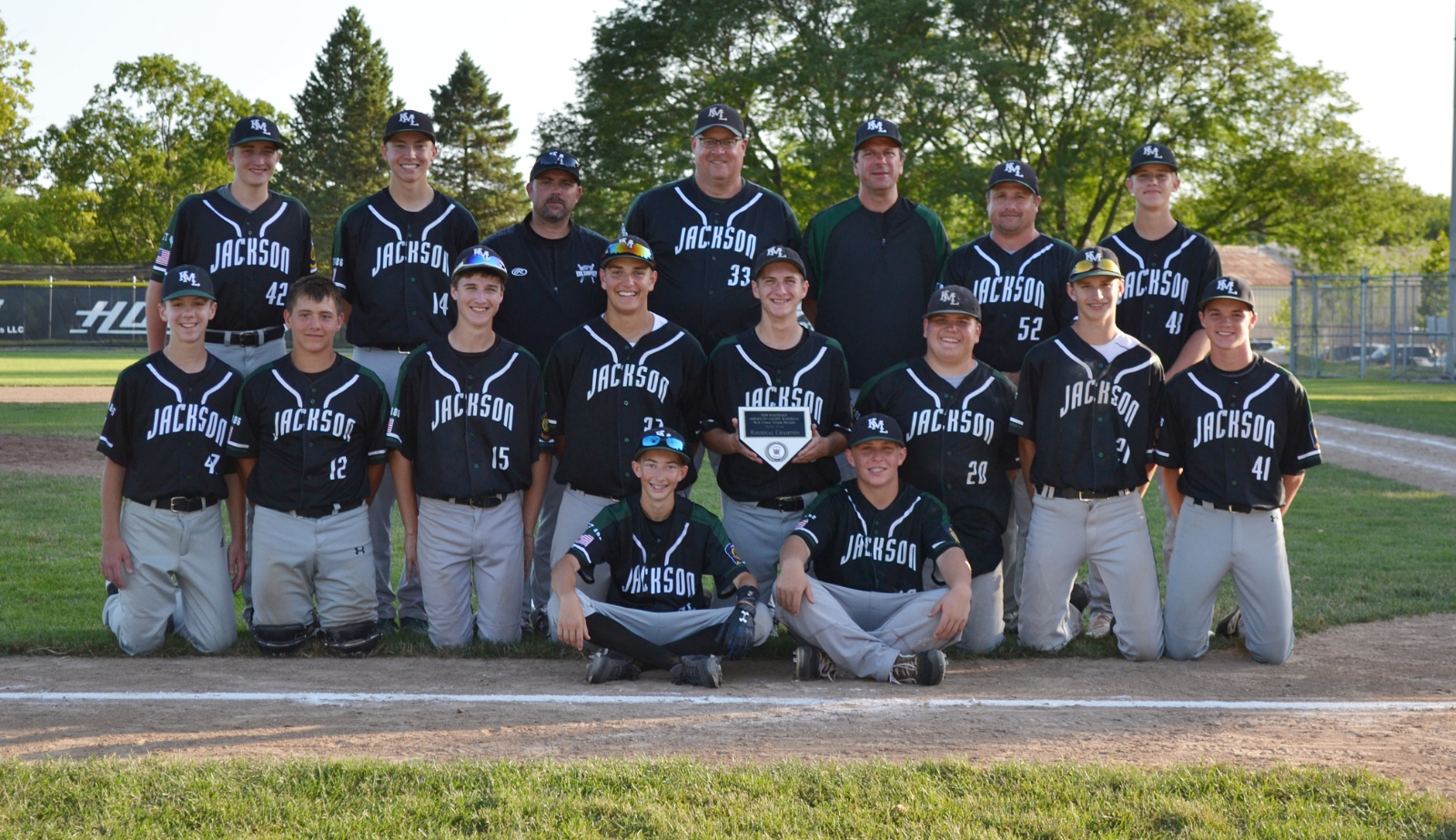 Pictured: KML boys take U16 Legion team to the State Tournament for the first time, photo courtesy of Washburn