KML was privileged to host the 2019 KML Schools Soccer and B-Team Volleyball Tournaments, welcoming many teams and fans to our campus! Congratulations to all teams on a great tournament, and wonderful seasons!

In the soccer tournament, St. John’s Newburg/Trinity faced off against David’s Star in the D1 Championship game. In the end, the Crusaders/Mustangs won the championship by a score of 3-1. In Division 2 play, the Bethlehem Blazers battled the Lancers of St. John’s Lannon. Both teams fought hard and the game was decided in the final minutes of play. St. John’s Lannon netted a late goal to win the tournament by a score of 1-0.

Congratulations to all teams on great Christian sportsmanship and competition!

*Complete results, tournament pictures, and more can be found on the grade school athletics page @ kmlschools.org. 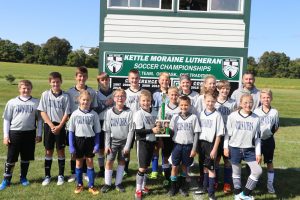 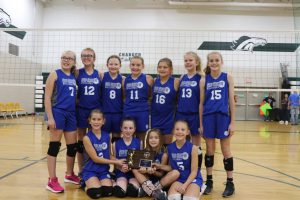