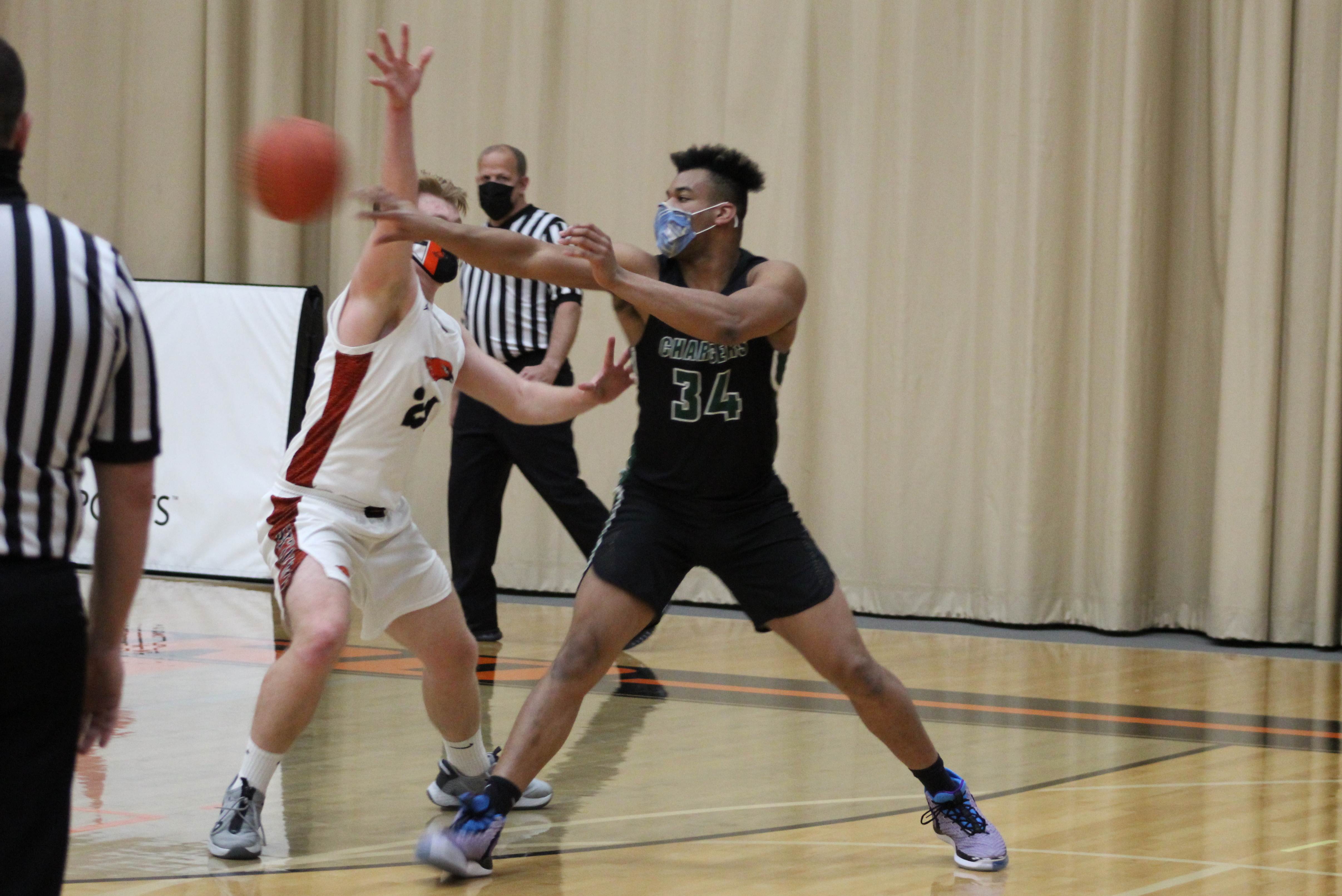 A Saturday night contest found the Chargers matched up against the Hartford Orioles in a non-conference battle. While defense has been a struggle at time for the Chargers, the Orioles were held to only 24 first half points. But Hartford battled back and tied the game with just a few seconds remaining. Garrett Murphy had a chance at a three to win the game at the buzzer, but it fell short. A high scoring overtime had the Chargers up two with just under ten seconds to go. Austin Wagner hit two free throws to extend the lead to four and put the game out of reach. Wagner led the scoring charge with 23 points and 7 rebounds. Garrett Murphy joined him in double figures with 14, and the big men Sam Rodriguez and Matthew Boxrud each had 8.