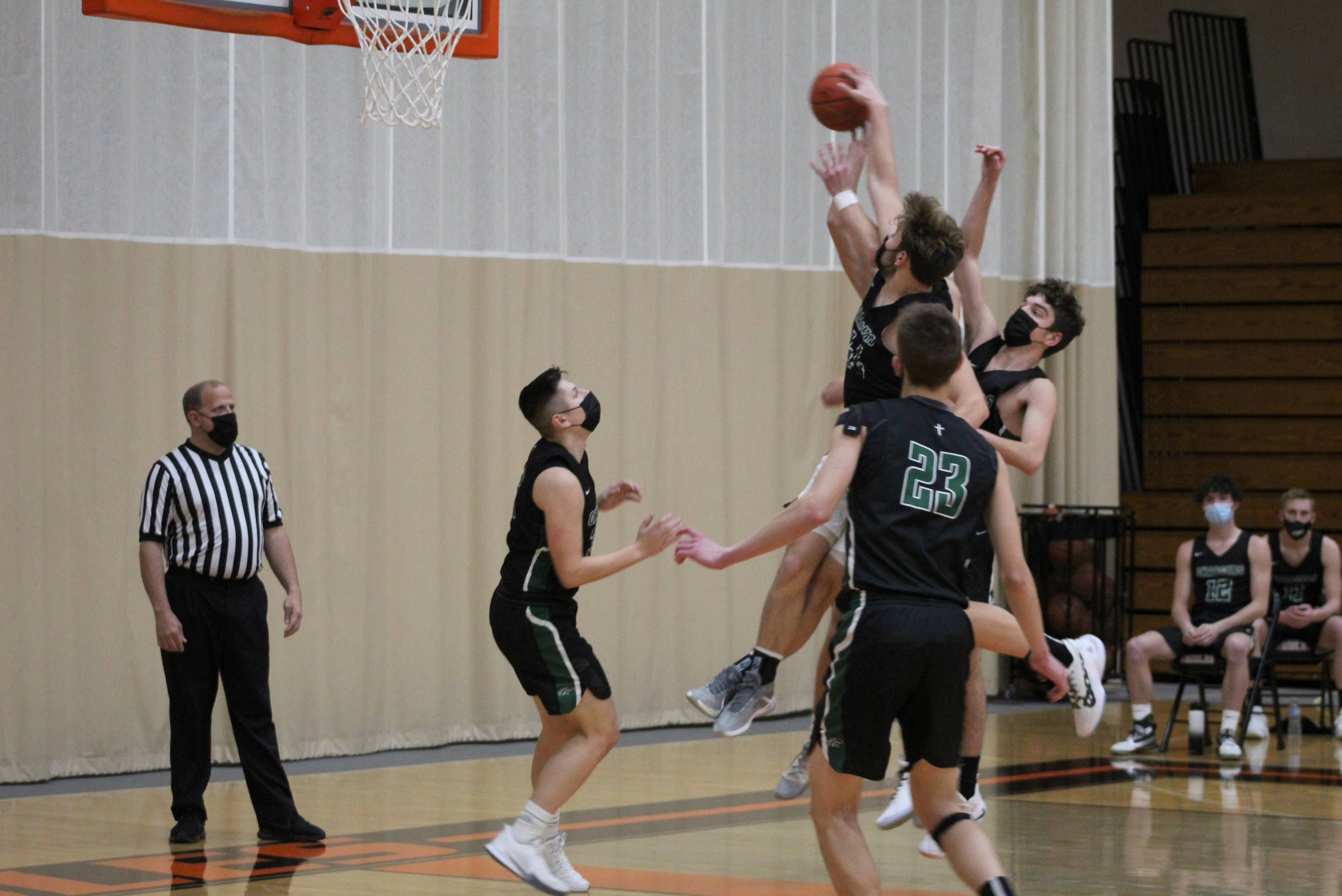 In a highly anticipated conference match-up, the Chargers were ready to go from the beginning. Finding themselves down three at half, KML came out firing on all cylinders, mounting a 15 point lead due to some timely stops and a barrage of three pointers. Unfortunately, the Chargers could not maintain the lead as Plymouth continued to battle back and cause turnovers. With a tie ball game and a few seconds left on the clock, Austin Wagner got a clean look from 3, but it fell short to send the game to overtime. In overtime, the Chargers had a chance to tie, but needed a timely tip-in to send the game to a second OT. Unfortunately, the shot was deemed after the busy and Plymouth came away with the victory. The Chargers had five players in double figures: Garrett Murphy (15), Jack Leffel (11), Ian Schaser (10), Logan Measner (10), and Austin Wagner (10). On to the next one!