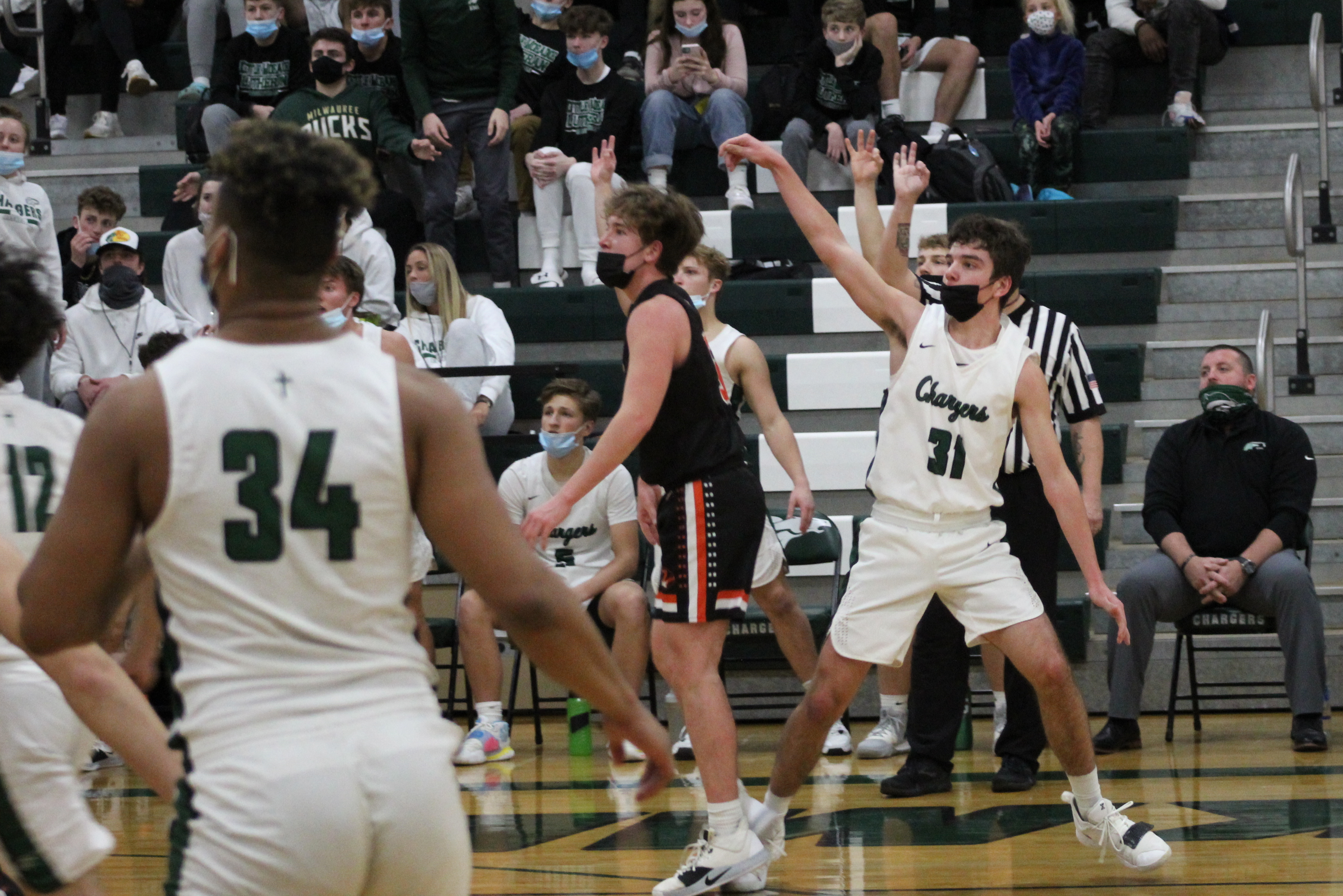 Hoping to avenge their loss earlier in the year, the Chargers hit the road to take on Conference leading Plymouth. After a back and forth defensive battle in the first half, the Panthers hit a three at the buzzer to push their lead to seven at the half. Finding themselves down as much as ten in the second half, the Chargers refused to quit. Cutting the lead to two points with just under four minutes to go, KML found themselves right back in the game after a few Garrett Murphy triples. After such a rally, the Chargers just didn’t have anything left in the tank, and Plymouth hit their free throws down the stretch to secure the victory. Garrett Murphy led the way with 16 on the night, and Austin Wagner joined him in double digits at 15.